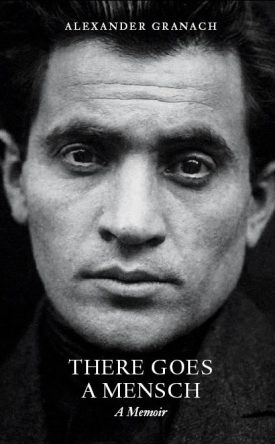 View Gallery
by Alexander Granach In All, Books, and Memoir Tagged In granach and memoir.

There Goes a Mensch

Alexander Granach was born in 1893 in Werbowitz, a small village on the easternmost rim of the Austro-Hungarian Empire, and became one of the most successful actors of both the stage and early cinema during the Weimar Republic. Urged by Berthold Brecht, Granach would pen his early life memoirs while under wartime curfew for German emigres in Hollywood. He recounts the shtetl life of his childhood, to his ascent onto the stages of Vienna and Berlin, and in between time in the First World War and prisoner of war. Granach entered into the renown Max Reinhardt Acting School in Berlin, and would appear in milestones of early German cinema such as “Nosferatu” and “Erdgeist”. The heady currents of the Weimar era, saw him moving in circles with Thomas Mann, F.W. Murnau, Herman Hesse at the cultural and artistic epicenter of the time, politically engaged before the rise of Nazism would plunge Europe into destruction. In the era of expressionist actors, Granach was the “most expressionistic” according to Lion Feuchtwanger, and with a breadth and depth to his dramatic, chameleonic abilities matched in reflection only by his profoundly empathetic and humanist strain as a mensch. The memoir, long out of print in English, retains a historical place in German-Jewish studies not only for the actor’s chronicle, but also for the era it portrays, through which he lived, survived, and thrived.

Alexander Granach won critical acclaim for his performances in such well-known American films as Joan of Paris, Ninotchka, For Whom the Bell Tolls, Voice in the Wind, and The Seventh Cross.